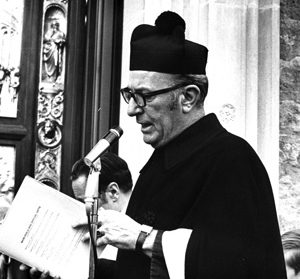 In 1850, four Hicksville families gathered for the purpose of organizing a church. That first church stood on the south side of West Nicholai Street. A surge of membership growth came during the 1950’s. This sudden burst of population brought about the necessity of a Christian School. Under the leadership of Pastor Edward Stammel, Trinity Lutheran School began its existence in 1952. The original school was a branch of Nassau Christian School in Mineola. By 1954, after witnessing the great blessing which God had poured upon them, Trinity accepted the challenge of building a school for its own purposes. Thus the 1954-1955 school year found Trinity Lutheran School as an independent parish school of the Trinity congregation. During that year, a total of 270 children were enrolled in the school.